Hazel Rowley was living in New York at the time of her sudden death in March 2011. She was 59. Following her death, the following tributes and obituaries were published in Australia and the USA.

This plaque is on a park bench at the Eleanor Roosevelt statue, 72nd Street and Riverside Drive, New York. 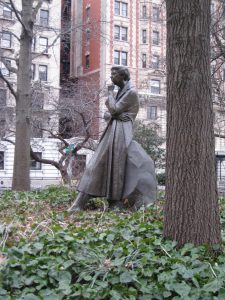 The 2012 Hazel Rowley Memorial Lecture was held in New York on 9 February 2012 at the Kaye Playhouse at Hunter College. Jodi Kantor, biographer of The Obamas and New York Times correspondent, and Kati Marton, author of seven books, including Hidden Power — Presidential Marriages that Shaped our History, held a conversation about the Obamas for an audience of about 500. 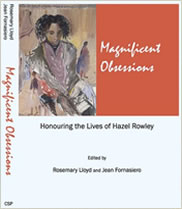